International Women's Day celebrated with enthusiasm, energy and a purpose as always.

Like every year aaina joined hands with NAWO to celebrate international Womme's Day on March 7th and 8th 2013. The event was celebrated at Adiwasi Exhibition ground , Bhubaneswar to review what women of Odisha as a whole achieved so far because of various interventions, policies and to provide a platform for the women, especially rural women to raise their issues and concerns as well as to unwind themselves.

This year's theme was The Gender Agenda: Gaining momentum. A large scale State level, two days of program comprised of a series of workshops , short play competition , games and awarding women achievers from different fields and presenting a memorandum to Governor of Odisha. A total of 676 women leaders and men, young boys and girls from 27 districts participated in the two day event, A total of 13 Guest speakers were invited to deliberate on different subjects.

aaina's secretary, staff of aaina and volunteers were enthusiastically involved in the event. Mr. Basant Patnaik (thematic coordinator education) designed the back drop and posters on the Rastriya Swastya Bima Yojana and on the new Sexual harassment act , that were launched by the guests. The staff was also involved in registration, coordinating group discussions, games and other activities of the event, The formal inauguration ceremony was conducted by the Chief Guest: Smt Nibedita Nayak, Chairperson , Social welfare advisory Board, Guests of Honor: Ms. Lopamudra Buxipatra , Chairperson state commission for women, and other dignitaries.

All the guests got an opportunity to convey their messages on the stage. The messages were focused on women's issues related to their struggles due to gender bias and the opportunities that women have today to come out of such heinous situations. Smt. Nibedita Nayak: outlined all the programs and schemes which are being supported by the State social welfare advisory board and asked the women to advantage of all the schemes meant for them. The activities such as games, play competition followed by a cultural evening gave rural women an opportunity to come out and express their inner feelings and desires openly and in a constructive way.

On the second day six parallel workshops were held on pressing current issues related to women including, State youth policy, declining sex ratio and New schemes for livelihood of women . There was huge participation by women in all the workshops where they shared their views on the related topics.. Like every year women from all the districts were felicitated for their vital contribution in felicitates women from various fields for their contribution to theupliftment of women. This year one man and a youth group were also chosen as both through different mediums strongly expressed their commitment to the cause of women. Fourteen women one man and a youth group was felicitated by the Governor of Odisha.

His Excellancy, The Governor of Odisha, Sri M.C. Bhandare graced the occasion as the chief Guest . Ms Tapasi Praharaj , AIDWA , Ms. Kasturi Mohapatra , Chairperson , Commission for people with Disabilities were present as Guests of Honor. Ms. Sneha Mishra (secretary aaina, who was actively managing the stage in between spoke on what what the convention was all about and what the participants did in the two days. She also read out the charter of demands made by the participants. Ms. Tapasi Praharaj , AIDWA expressed her grudge on f infighting about the different clauses in the ordinance of the heinous Damini rape case. Ms. Yumi Bae , UNICEF, shared shocking statistics on violence against women worldwide and percentage of young women being victims of sexual harassment. .

His Excellency the Governor of Odisha in his deliberation congratulated all the Achievers for their contribution to the cause of women. He congratulated the organizers for organizing such a program which brings together women from all districts. He spoke about the new laws and policies declared by the government and urged all women to take the benefit from such laws and policies which would enable them to improve their lives. On a positive note, he acknowledged that women are taking leadership in all spheres and solving their problems and addressing issues in their lives . He ended his deliberation with Slogans and the women leaders repeated the slogans . Ms Kasturi Mohapatra expressed that the international women's day is a day for renewing our commitment to the cause of women in the state. The state coordinator, thanked His Excellency Shri M. C. Bhandare, Governor of Odisha,dignitaries on the dais , and everyone who had contributed in making this event a success. 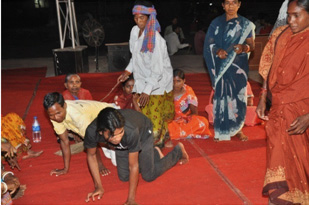 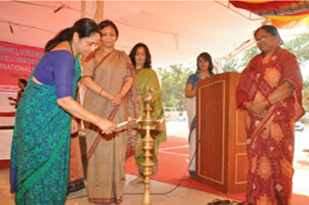