After its success in first year, Kallola a short film contest on child rights, aaina invited school children to participate as film makers! As the films are based on issues related to children, aaina sincerely believes that children know it the best and if given a proper guidance and training they can express it the best.
As such aaina invited 15 children from 5 different schools to participate in the film making process. This year's theme is Discrimination against Girls. The short film will be prepared by children in a group on different issues related to discrimination against girl child and will be telecasted on Television. .
A special 6 day workshop was organized for children where professionals guided children on the process of film making. The children have been most enthusiastic to take up the challenge. Many of them are well aware of different kinds of discriminations against girls and expressed it most passionately surprising even their school teachers! Discrimination in terms of education, health and care, child birth and profession has been amongst the favorite topics. Their journey so far includes, sharing of their experiences, exposure visits and observing different aspects including discrimination, writing and modification of script, taking shots and editing, and identifying locations for the shooting. Children's concern towards the issue and their drive to bring social change through their movies can be seen in each and every child. Tireless involvement of children, their staff, mentors and trainers has been extremely appreciable. Children are ready with their final scripts to take up the shooting where they will be facilitated by mentors and school teachers. The process so far has not only enriched them with the technical and script writing skills but has helped them to analyze the issue of girl discrimination in a much dapper way and present it with a greater impact. 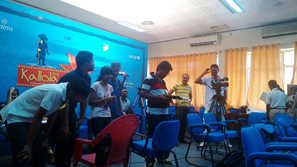 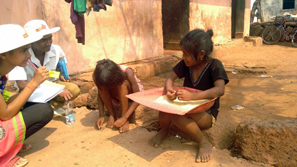 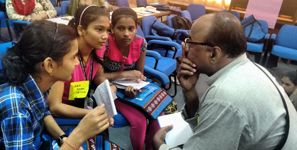