aaina put a Wall Writing at Keredi Panchayat of Phulbani Block stating the facilities provided by the Government for Persons with Disabilities. aaina also mentioned their address & contact number of their office in Kndhamal. .

Aswini Kumar Sahoo, a 45 year old man with low vision belonging to a poor middle class family, residing at Keredi village of Phulbani came across the Wall Writing as he was passing by. With curiosity he contacted Mr. Basanta Pattnaik (Education Coordinator) to know further about the facilities. Mr. Basanta called Aswini and Mr. Gadadhar Behera (Block Coordinator, Phulbani Block) to Phulbani Office. He explained to Aswini in detail about the facilities provided by the Government for Persons with Disabilities and informed him about the Disability Certificate. Aswini works as a Sahara Agent. He neither has a BPL or APL card. The only card which he had was a Paddy card through which he gets 25 kg of rice. Upon looking at the condition of Aswini, Mr. Basanta advised Mr. Gadadhar to take Aswini to the Government Hospital, Phulbani and get him made a Disability Certificate. Aswini was provided with a Disability Certificate, on the basis of Low Vision.

Currently Aswini is utilizing all the facilities provided by the Government. He appreciated the initiative taken by aaina staff to help him receive the certificate and making him aware of his rights. He is delighted to receive the facilities that have made his life more comfortable and independent. 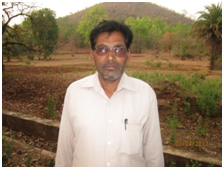